Our mission is to allocate our resources in support of development, promotions, and events toward creating a thriving downtown and its waterfront where all people can live, work, play and stay.

Muskegon is a waterfront community and its downtown is an integral part of the Port of Muskegon located directly on beautiful Muskegon Lake.

Downtown Muskegon is located in the city of Muskegon, a municipality of 38,500 people, in Muskegon County, which has a diverse population of 172,000. Muskegon is a proud part of West Michigan — an economically and socially vibrant region of 1.2 million people. 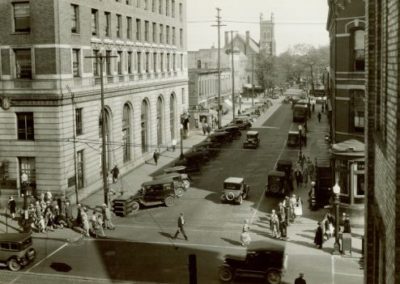 The intersection of Western Avenue and First Street in 1927. On the left is the Hackley Bank Building and in the distance is St. Mary’s Catholic Church. 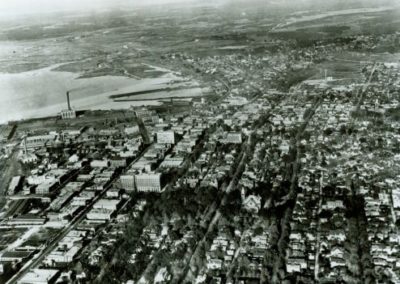 An aerial image of downtown Muskegon and its surroundings in the 1920s. 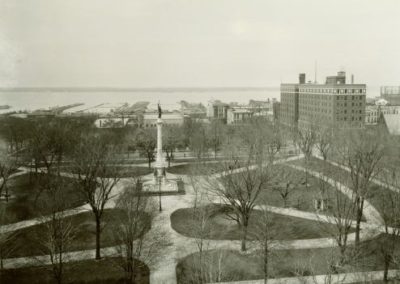 Overlooking Hackley Park from the Hackley School’s clock tower. The large building on the right is the Occidental Hotel. 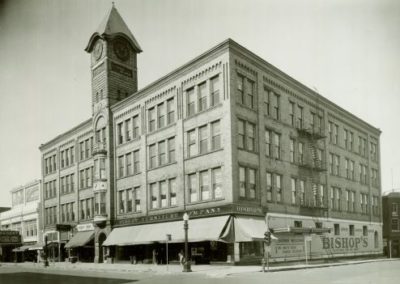 The Lyman Block was located at the corner of Western Avenue and First Street. In the 1950s the clock tower was removed from the building and in the 1970s the building was demolished to make way for the Muskegon Mall. 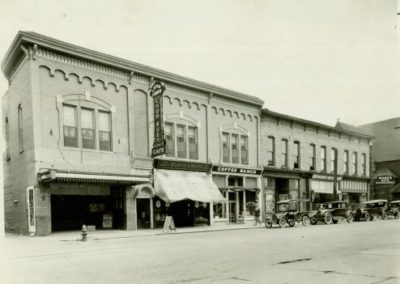 The Jefferson Theater occupied the building on the left of this image. It was located on Jefferson Street between Clay and Western. The theater later became the State Theater. 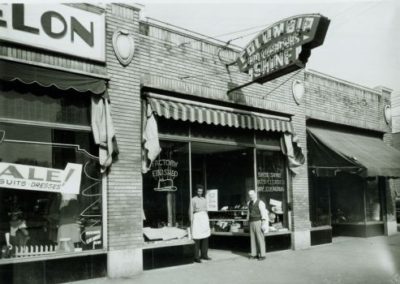 Columbia Cleaners was on Jefferson Street in the Terminal Arcade Building in the 1930s. 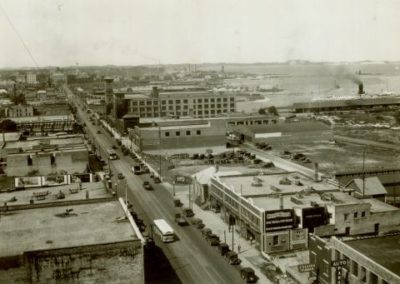 Looking west down Western Avenue from the Occidental Hotel in 1928. The large open lot in the photo would later become the site of the Walker Arena. 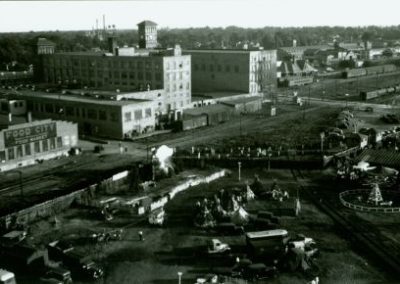 Muskegon’s centennial celebration at the Mart Dock in 1937. On the other side of the tracks from left to right is Food City supermarket (now the Walker Arena Annex), the Amazon factory, and Union Depot. 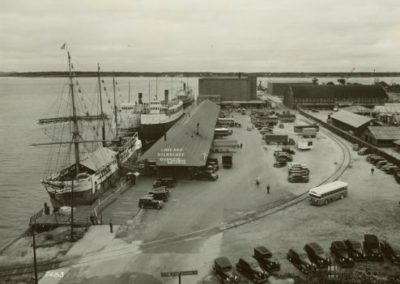 The Mart Dock during Muskegon’s centennial celebration in 1937. 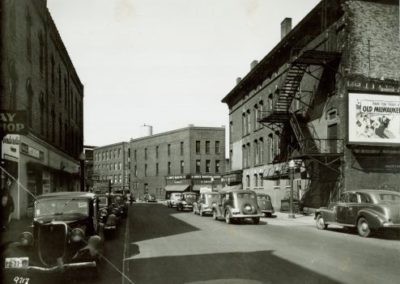 Terrace Street looking north in 1940. It wasn’t until the 1970s the road was widened into its current boulevard configuration. 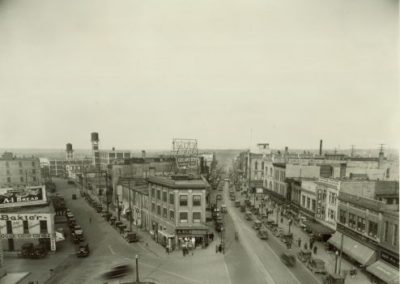 Overlooking the intersection of Western Avenue (right) and Market Street (left). In the center is the Muskegon Flatiron Building. Like most of its neighbors it was lost in the 1970s to make way for the Muskegon Mall. 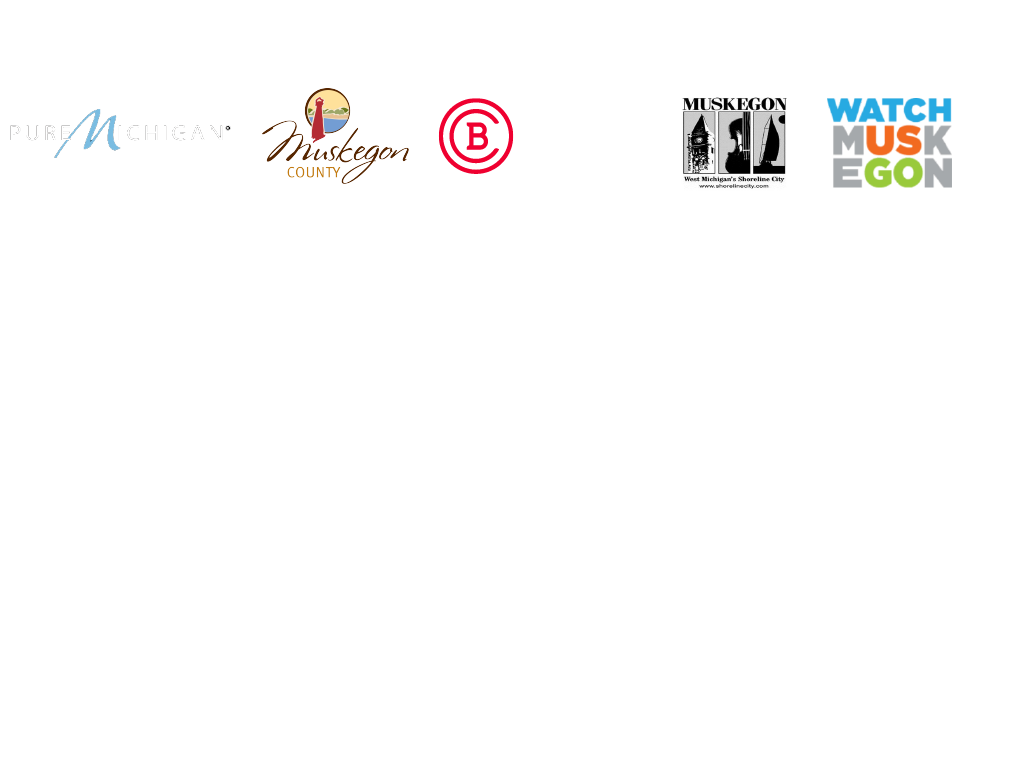 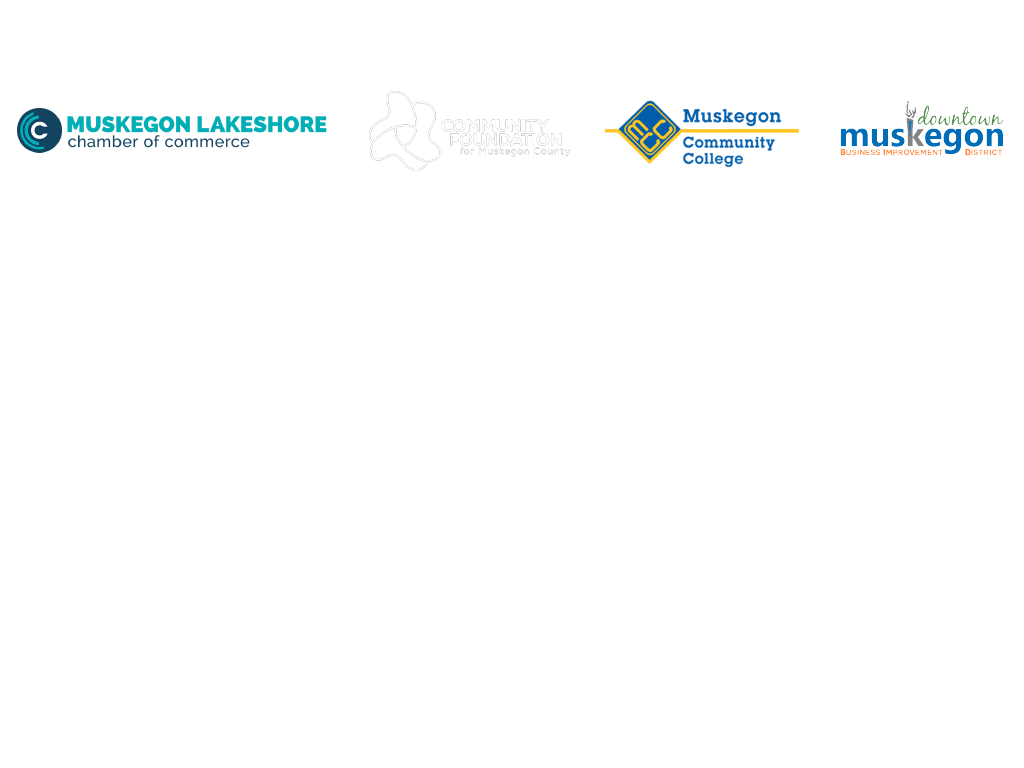 Have an idea that could make Muskegon better? Need help learning about Downtown Muskegon? Contact us!