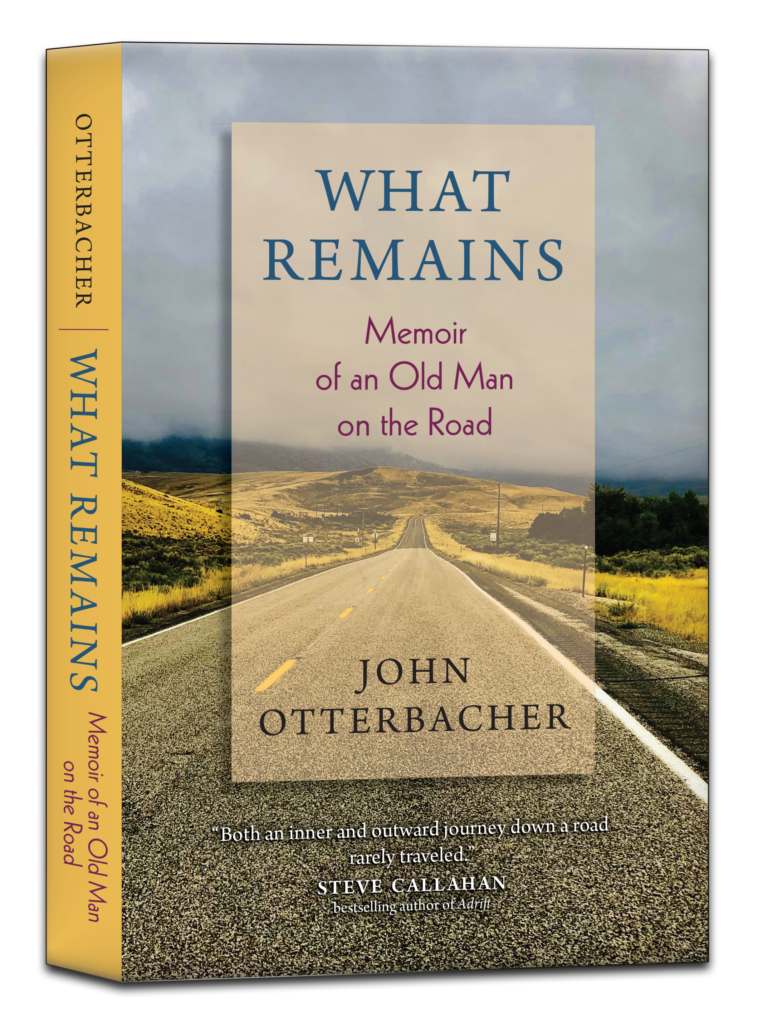 We will be discussing John Otterbacher’s new book “What Remains: Memoir of an Old Man on the Road” with the author
Buy book here: https://bookshop.org/a/2208/9781737699514
Since returning to Grand Rapids in 2004, John divides his time between writing, speaking, and a limited private practice. He has been published in Journal of Clinical Psychology, Sailing, Cruising World and Yachting Monthly (England). He has been published in Thin Ice (Eerdman Press). Sailing Grace, his first full length book, has been honored as “Best New Non-Fiction Book” by the National Indie Excellence Awards, “Michigan Notable Book” and as a finalist for “Best Book” Award by USA Book News. It was retitled and published as Outrageous Grace for the non-North American market worldwide by Adlard Coles (London).
A screen adaptation of Sailing Grace is currently being circulated in Hollywood.
With the growing acclaim for Sailing Grace, John has become a sought-after speaker to diverse groups and organizations: health care and corporate, educational, nautical, and literary. He has recently finished a new book, titled What Remains.