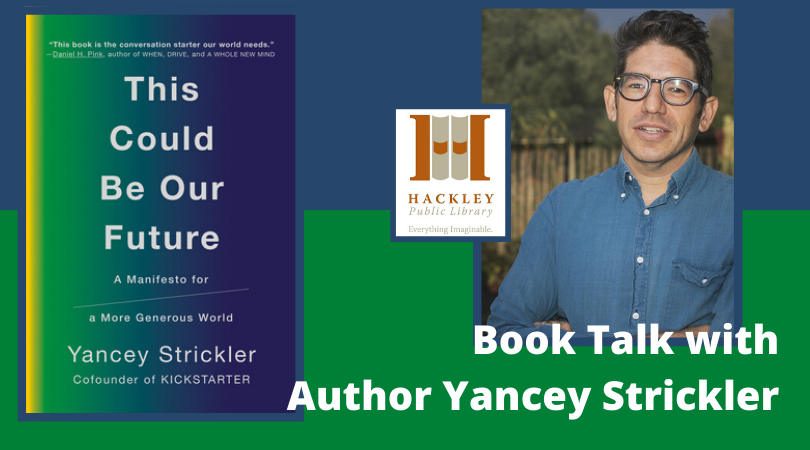 Thursday, March 12 from 5:30pm – 7:00pm, come to Hackley Public Library for a Book Talk with Author Yancey Strickler!  A writer and entrepreneur, Yancey Strickler is the co-founder and former CEO of Kickstarter, and the author of “This Could Be Our Future: A Manifesto for a More Generous World,” which the Wall Street Journal called “consciousness-raising.”  He also co-founded the artist resource The Creative Independent and the record label eMusic Selects.  Yancey has been recognized as a Young Global Leader by the World Economic Forum and one of Fast Company’s Most Creative People.  He has spoken at the Museum of Modern Art, Sundance and Tribeca Film Festivals, Web Summit, MIT, and events around the globe, with the London Spectator calling him “one of the least obnoxious tech evangelists ever.”  Yancey began his career as a music critic in New York City, and grew up on a farm in Clover Hollow, Virginia.  This event is free to the public.  For more information call (231) 722-8000.