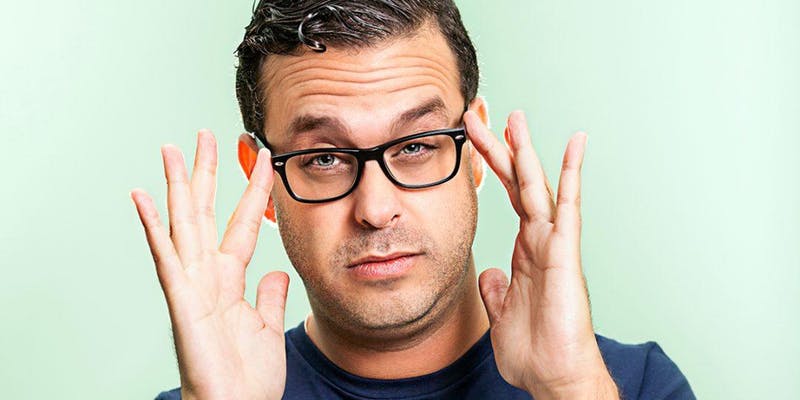 Comedian Joe Derosa of “Better Call Saul” and “Inside Amy Schumer” is coming to Back Alley Comedy Club to entertain the crowd, Saturday, February 22 at 8:00pm!  This is a Fundraiser for Muskegon Oakridge High School Senior Night.  Tickets are $25 and available through Eventbrite.com.  For more information call the club at (616) 570-8765.

As a writer, actor, and standup comedian, Joe has become a favorite on the comedy circuit. His brand of comedy, which mixes brutal honesty and frustration at the workings of the world, has won over comedy fans, radio listeners, and TV audiences nationwide.  When he’s not writing or acting, Joe headlines comedy clubs across the globe and has been featured at renowned festivals such as South By Southwest, Montreal’s Just for Laughs, Toronto’s JFL 42, The Moontower Comedy Festival, The New York Comedy Festival, The Edinburgh Fringe, The Galway and Dublin Vodaphone Festivals, Gilda’s Laughfest, the Melbourne International Comedy Festival, Vince Vaughn’s Wild West Comedy Festival and Bonnaroo.