Impact: A Play by Amy Engelhardt 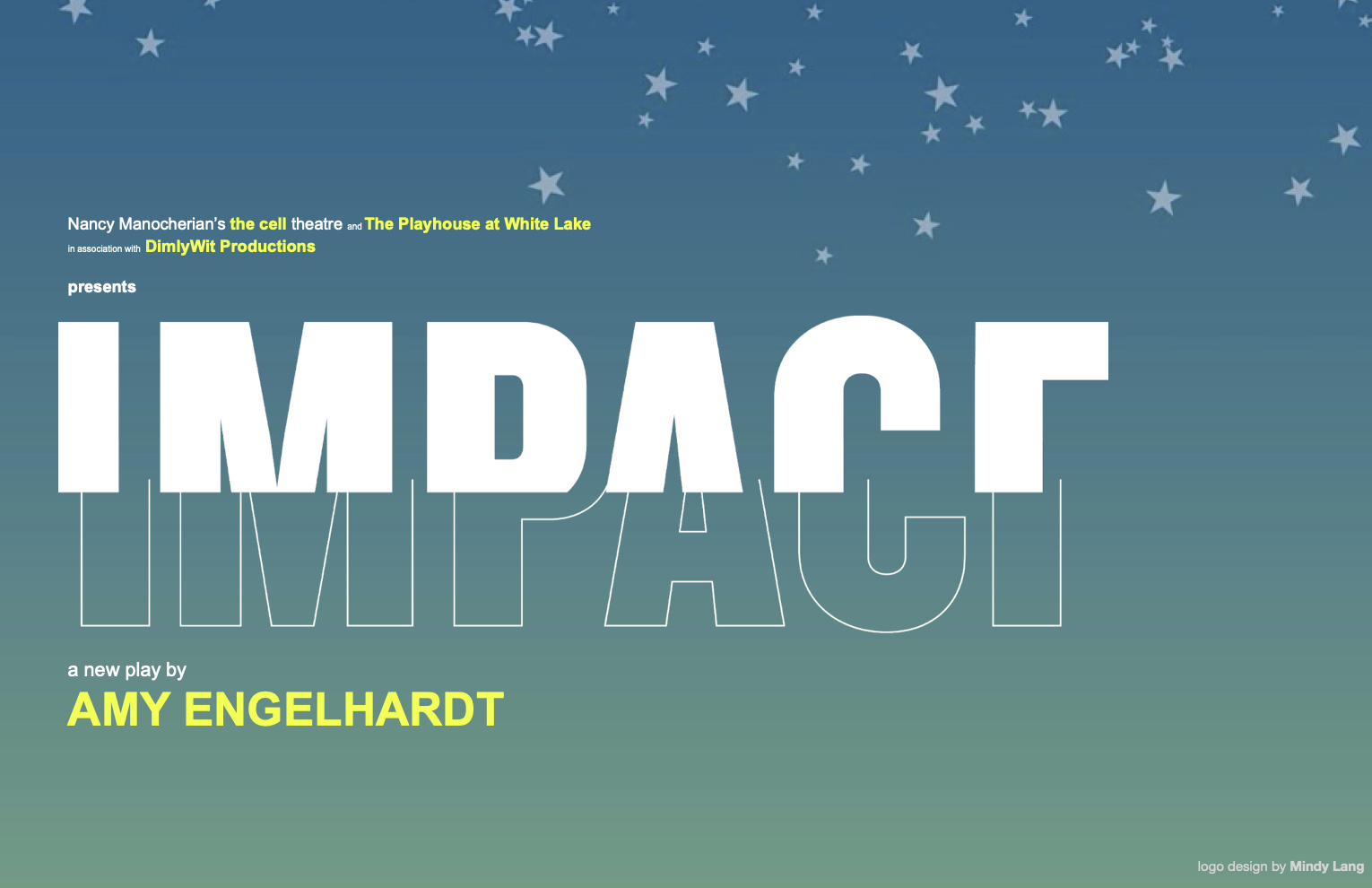 Impact: A Play by Amy Engelhardt
IN PERSON STREAMING
Sunday, May 23 at 2 p.m.
The Playhouse at White Lake
(Streaming May 21- June 1 from the Playhouse website to your home!)
On May 21, 2021, Amy Engelhardt (Bastard Jones, Grammy-nominated band The Bobs) will premiere her new play, Impact, in a co-production with Nancy Manocherian’s the cell theatre, The Playhouse at White Lake and DimlyWit Productions (The Last Five Years). Filmed entirely at The Playhouse at White Lake’s newly-renovated theatre venue, Impact tells the story of a chain of remarkable “follow-signs” that lead Amy to Lockerbie, Scotland, shortly after the 30th Anniversary of the bombing of Pan Am Flight 103. What starts out as a bucket-list trip quietly evolves into a personal and global exploration of grace, kindness, and simplicity.
About the Artists
Amy Engelhardt (playwright and performer) recently led a choir of singing, Satanic nuns through the Hollywood, Austin, New York, and London premieres of Amazon Prime Video’s Good Omens. As Mother Superior of the Monty-Python-esque Chattering Order of St. Beryl, Amy’s antics propelled the promo campaign towards SIX Clio Awards. Amy also produced the nuns’ EP Unholy Night for Amazon Music. No stranger to travel, Amy spent a ton of time in rental cars from 1998 to 2012 as the sole female voice and writer/arranger for Grammy®-nominated vocal “band without instruments” The Bobs. She recorded 4 CDs and toured extensively with the band from Lincoln Center’s American Songbook to Northwest Folklife to the Pori (Finland) Jazz Festival. Her brainchild, Rhapsody in Bob – Gershwin’s masterwork arranged for vocal orchestra (The Bobs) and blues-infused piano (Bob Malone of the John Fogerty Band) premiered at Wolf Trap. As composer/lyricist, Amy made her Off-Broadway debut with the sold-out run of Bastard Jones at the cell theatre, an Off-Broadway Alliance Best New Musical nominee (and Richard Rodgers Award Finalist).
Other theatrical writing credits include Triptych (book/music/lyrics) for the NY Transit Museum’s PLATFORM series, lyrics/vocal arrangements for TESLA, commissioned adaptations of Carl Sagan’s CONTACT with Hungarian rocker Peter Sipos (Puget Sound Theater Award: Best New Play), Nicholas Nickelby with violinist Eyvind Kang (Seattle’s CenterStage) and music/lyrics for A Comecdy of Eras at ACT Seattle with the Flying Karamazov Brothers.
Nancy Manocherian’s the cell theatre (Artistic Director Kira Simring) is a not-for-profit dedicated to the incubation and presentation of new works that mine the mind, pierce the heart, and awaken the soul. Throughout the COVID-19 pandemic, the cell has successfully provided virtual offerings to New York and international audiences by streaming concerts and programming such as Tolerance Party (Time Out New York “Best Theater to Stream this Week”), the Room | to | Breathe series with Bright Shiny Things, the Brave New World Series with Tribeca New Music, Nourishment “Bites” with Holdtight Dance Company, Apex Sky, Harps Uncovered. Liquidverse a psychedelic & meditative show exploring the images of the cosmos through oil based dyes by Liquid Light Lab and music by composer and technical director of the cell Ricardo Romaneiro. Past productions include Found, Hoard (co-produced with Off the Wall), The Pink Unicorn (starring Alice Ripley co-produced with Out of the Box), The Evolution of Mann, Bastard Jones (Drama-Desk Nominated), Crackskull Row, Hard Times: An American Musical, The McGowan Trilogy, Hey Jude, Horse Girls and more.
The Playhouse at White Lake was honored to be chosen as a partner in this project after hosting Amy as part of the “Fruitcakes and Other Assorted Nuts” fundraiser performance she gave at the theatre in 2019. It has promised the beginning of a beautiful friendship.