Live Music at The Deck: Semple 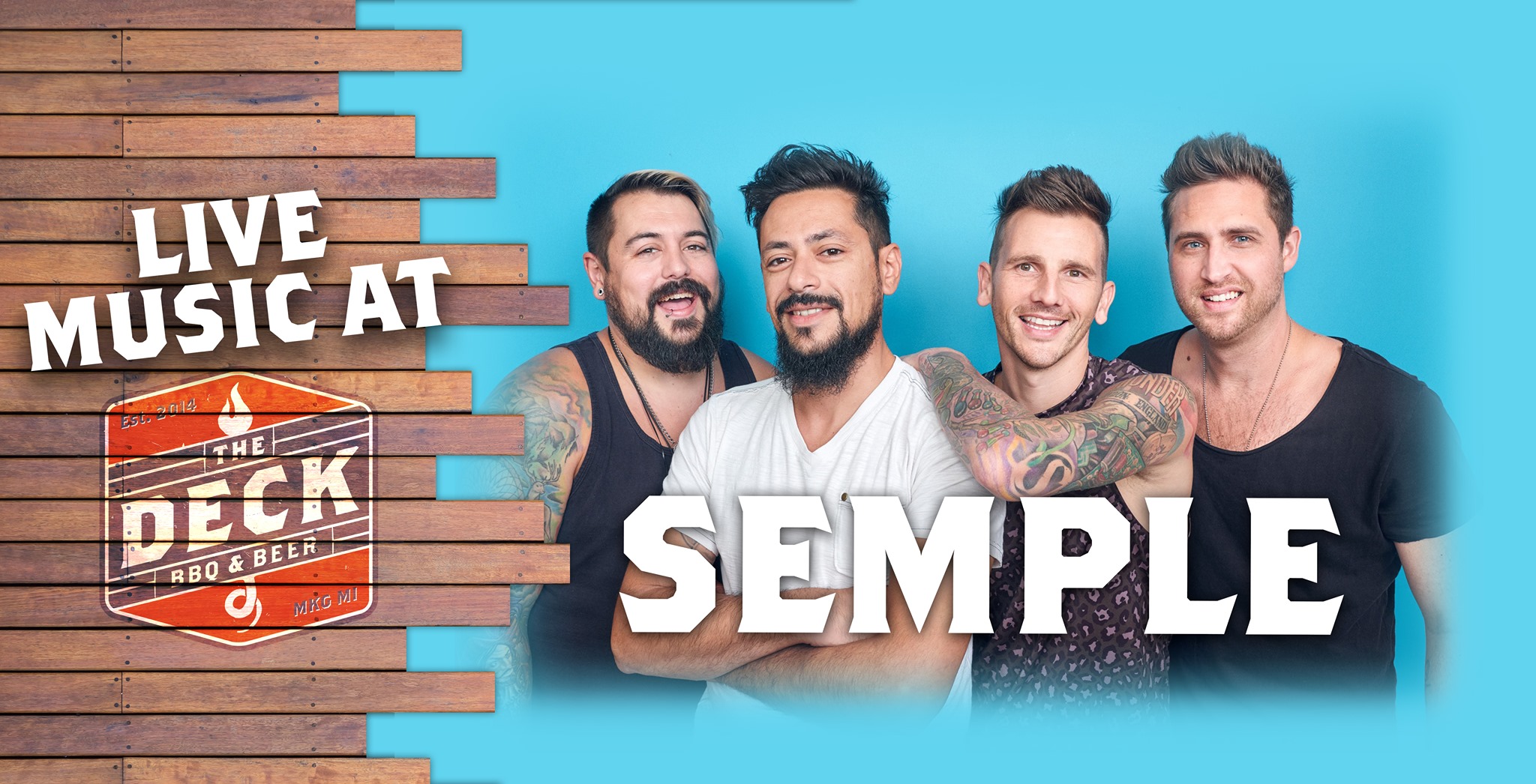 Come on down and enjoy live music at The Deck with Semple!
Semple is a Chicago based band that prides itself on their combination of entertaining musicianship and their high energy stage performance. With over 1,200,000 hits on YouTube and rated #1 in Chicago rock chart on Reverbnation, Semple band has styles ranging from 70’s Rock to modern pop songs and everything in between! They are known for their diverse medleys that feature bands such as The Beatles, Rolling Stones, Michael Jackson, 70’s rock, party songs, and even alternative/ punk rock. Each show is packed with a variety of covers and several of their own original songs!