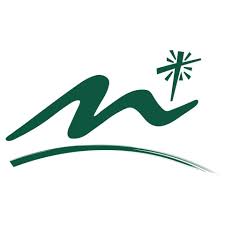 This quartet has inspired audiences with their rich vocal blend and their effective ability to communicate the message of the gospel.

Ever since he was six years old, David has had a passion for ventriloquism and performing.  Today, he’s a seasoned professional, an in-demand comedian, and expert ventriloquist whose unique brand of humor has won audiences over throughout the world.

Kentucky-born Jason Crabb has won a GRAMMY® and 21 Dove Awards – being named the Gospel Music Association’s Dove Awards Artist and Male Vocalist of the Year, as well as Song of the Year.

With faith filled and passionate lyrics, the women of Point Of Grace have inspired generations to live boldly and keep God’s love as the foundation of their lives. They have sold over 8 million recordings  and have received 3 GRAMMY® nominations.

The daughter of producer Brown Bannister and the wife of Drew from Drew Holcomb & the Neighbors, Holcomb is a CCM singer/songwriter who played in her husband’s band before launching her solo career.

Jenny is a dynamic storyteller and lover of people who uniquely sees redemption at work in the world around her.  She is a sought-after musician, author and speaker known for her whimsical and hopeful writing and speaking style.

Charles is one of Christian music’s most captivating inspirational voices, but for this singer, worship leader, husband, father and teacher—to name but a few of his leading roles—it’s what’s behind the music that has truly made the man.

In a career that took off with his debut album First Light (1981), Michael Card has recorded over 37 albums.  While he has penned such favorites as “El Shaddai”, “Love Crucified Arose”, and “Immanuel”, he never imagined writing over 19 number one hits.

August 15 – Theater for the Thirsty

For over two decades, Jeremiah and Vanessa Gamble’s passion has been creating and performing original works together through their theater ministry, Theater for the Thirsty.  Portraying over 75 characters in six original shows, the Gambles put on performances that explore redemptive themes and provide a taste of Living Water to all who watch.

Siblings, Joyce, Jonathan and Judy, collectively known as The Martins, have enjoyed countless radio hits and performances at concert halls, arenas, auditoriums and churches worldwide.  During the 1990s, The Martins rose to national and international success, showcasing their stunning and distinctive harmonies before a vast array of audiences.

From its formation in 2003, Ernie Haase has built Signature Sound into one of the most popular and beloved quartets in all of Southern Gospel music. The group has traveled all over the world, offering energy, excitement and encouragement through its powerful brand of gospel music.

Scott and Alan first performed together in 2005, and began playing duo concerts together in 2007.  In the following years they were invited to perform at the Instituto de Bellas Artes of Chihuahua, Mexico, Bill Gaither’s Fall Family Festival in Indiana, the Maranatha Bible and Missionary Conference and many more.