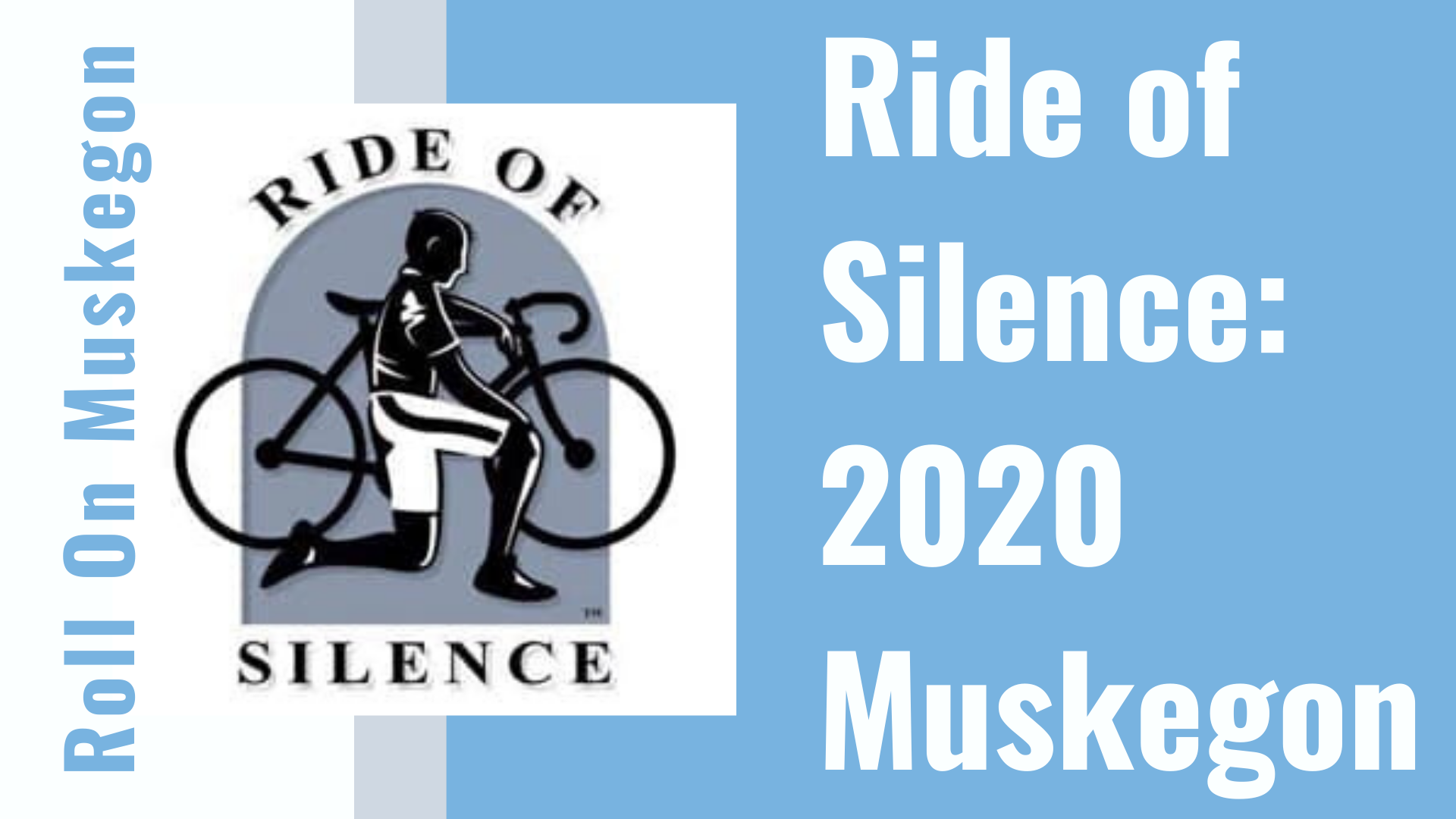 This year, due to the virus, we are going to offer a different way to honor those who have died or been injured while bicycling by encouraging everyone to “gosolo and go silent” for one of your rides during the week of May 16.

There is a ghost bike in the bike rack at the clock tower at Muskegon Farmers Market.

Please ride by anytime throughout the week of May 16th, and stop for a moment of silence and to take a selfie. Then, post your picture and your thoughts on your personal FB page and to Roll On Muskegon. Please use #rideofsilence2020.

We will create a collage of all your selfies, and repost to include everyone who came out. When sharing your photos on social media, please use the hashtag #rideofsilence2020

We have not stood by and watched as this virus changes the world about us. With the date for the ride coming up, May 20, the board has decided to change the format for this year’s ride. Instead of a group Ride of Silence this year, we will are encouraging Muskegon Ride of Silence participants to do solo rides or with their household.

“Alone we are but a whisper, together we shall speak loudly through a Silence that will resonate around the world”

THE RIDE OF SILENCE WILL NOT BE QUIET
On May 20, 2020 at 7:00 PM, the Ride of Silence will traverse and unite the globe as nothing before it. Cyclists will take to the roads in a silent procession to honor cyclists who have been killed or injured while cycling on public roadways. Although cyclists have a legal right to share the road with motorists, the motoring public often isn’t aware of these rights, and sometimes not aware of the cyclists themselves.

In 2003, Chris Phelan organized the first Ride of Silence in Dallas after endurance cyclist Larry Schwartz was hit by the mirror of a passing bus and was killed. (Read the full history here…)

The Ride of Silence is a free ride that asks its cyclists to ride no faster than 12 mph, wear helmets, follow the rules of the road and remain silent during the ride. There are no registration fees. The ride, which is held during National Bike Month, aims to raise the awareness of motorists, police and city officials that cyclists have a legal right to the public roadways. The ride is also a chance to show respect for and honor the lives of those who have been killed or injured.

Please consider joining us as we ride solo together The more riders, the more awareness and less injuries and deaths for cyclists around the world.