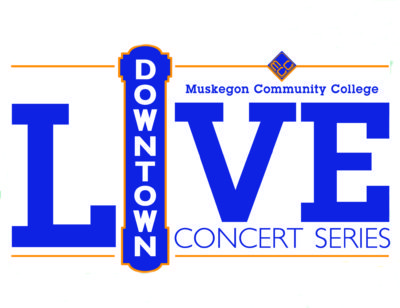 The Downtown Live Concert Series at the Frauenthal Center begins its second season in October 2019 and will feature every Muskegon Community College music ensemble, as well as the West Michigan Concert WINDS which is affiliated with MCC. The 10-concert series continues through April 2020.  Some of the musical selections this season are based upon the 2019 Arts and Humanities Festival (ahFest) theme of “Hope.”  Tickets are $12.00 for adults, $2.00 for students and $10 each for groups of 6 or more.  For more information call 231-727-8001.

College Singers: The College’s full soprano, alto, tenor, and bass (SATB) chorus features MCC students and community members performing a wide variety of the choral repertoire.  The Singers are under the Direction of Nicholas Palmer.

Collegiates: An audition-based select SATB vocal group, the Collegiates perform a wide range of musical genres from the 17th century to modern contemporary works for small vocal ensemble.  The Collegiates are under the direction of Nicholas Palmer.

West Michigan WINDS: An adult community concert band celebrating its 41st anniversary this concert season, the WINDS has been affiliated with MCC since 1993. Music Director and Conductor Gail Brechting is in her 24th year leading the WINDS. The band has performed at Carnegie Hall in 2016 and in England, Ireland, Wales, Austria, and Germany.

November 3, 2019 – MCC Collegiates and College Singers will perform “Music Inspired by Hope” at 3:00pm in the Beardsley Theater

November 17, 2019 – MCC Honors Orchestra presents “Music of the Russian Composers” at 3:00pm in the Frauenthal Theater

December 9, 2019 – “All MCC Holiday Celebration” features the MCC Wind and Jazz Ensembles, the Collegiates, The College Singers and small group performances by students and faculty at 7:30pm in the Frauenthal Theater

March 21, 2020 – West Michigan Concert WINDS will perform at 7:30pm in the Frauenthal Center

April 19, 2020 – MCC Wind Ensemble and Jazz Ensemble will perform at 3:00pm in the Frauenthal Theater

April 19, 2020 – The MCC College Singers, Collegiates, and MCC Honors Orchestra will perform at 7:30pm in the Frauenthal Theater