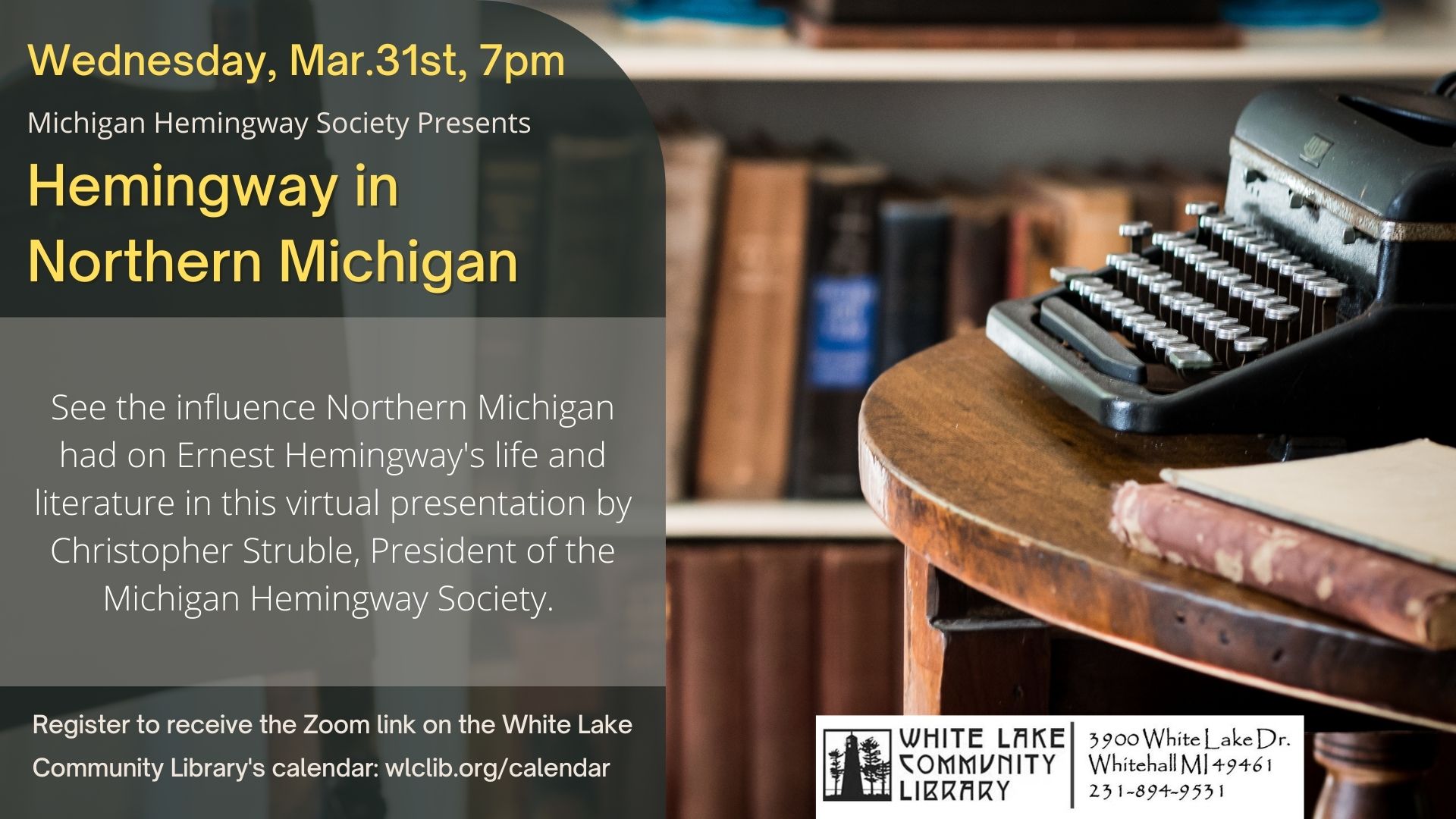 On Wednesday, March 31st, at 7pm, Christopher Struble, President of the Michigan Hemingway Society, will present a virtual talk on the influence Northern Michigan had on both Ernest Hemingway’s personal life and literature through commentary and rare family photos from Struble’s own collection. There will be notable emphasis on the “Nick Adams” collection of short stories. Arguably some of Hemingway’s best works, the “Nick Adams” sketches illustrate the fine line between fiction and many of the real life events that Hemingway experienced during his 22 summers spent on Walloon Lake. See Mr. Struble’s presentation and then tune into the PBS documentary on Hemingway’s life beginning April 5.